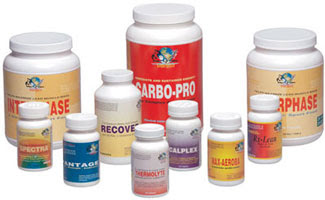 It has been said that the fourth event of Ironman Triathlon is Nutrition and Hydration. If you don’t get those right, your first three events (Swim, run, bike) may not matter at all.

The Ironman triathlon for a mid-packer, is going to take anywhere from 12 - 17 hours. During that amount of time, one burns far more calories than they can replace with food or liquids. One also sweats and loses not only vital fluids, but also vital nutrients and electrolytes. Without a systematic way to replace fluids and calories, in the right quantities, the right timing, and the right types, one is setting themselves up for a potential disaster, including life-threatening reactions.

I have been practicing and honing my nutrition and hydration techniques for the good part of a year. While I moan and gripe about the amount of time it takes to prepare everything for my long rides and runs, it’s vital that I pay close attention to these matters.

I have been very fortunate and have generally avoided any kind of GI distress in workouts and races. This is due not to great genetics or a solid gut, but rather, to using precise measurements and quantities of the world’s best proven endurance-formula products.

My unabashed preference is the line of products from SportQuest in San Diego, Ca. You can find them at www.SportQuestDirect.com or www.CarboPro.com

I’m not going to get into all the science, but please understand that you can’t just go out on the road for 12 – 17 hours and plan on drinking water and eating a few snacks; that is literally a recipe for disaster.

Working with a scientist at SportQuest, they developed a formal training and racing protocol for me that was based on my age, weight, rough BMI and other factors that influenced their recommendations for hourly calorie intake/absorption as well as electrolyte replacements. I followed their protocol to the tee, and had zero problems of any kind. It was absolutely perfect.

About 4 -5 days prior to the race, I began a carbo-loading protocol that included their Carbo Pro powder product. In the morning and evening I took 2 scoops of Carbo Pro in a glass of water. It is tasteless and not sweet at all; just perfect. This quantity is the theoretical carbohydrate equivalent of two pounds of potatoes, per day.

During every hour of the bike and the run, I took a product called CarboPro 1200 which contains 1,200 calories of carbohydrate in a 16-ounce bottle. I took 300 calories each hour by marking the correct amount of product on the outside of my bike water bottle for each hour. That way, I could just sip the product until I reached the hour-marker on the side of the bottle. Of course, I still drank LOTS of water, about 30 ounces per hour because we were racing in the desert heat. The water was supplied at aid stations about every 10 miles. So I started with one water bottle on my bike of 22 ounces and one water bottle filled with CarboPro 1200, which was enough for about 6 hours. I supplemented my nutritional needs with several bananas and a half a bag of salted nuts. That was it for the seven hour bike segment.

But for every hour on the bike, I also had a supplement strategy as follows:

I had prepared 3 small plastic bottles (from Fuel Belt) of nutritional supplements I would need. (By the way, I applied a small piece of medical tape along the inside edge of each bottle to ensure a much tighter fit than normal, otherwise the bottle caps would pop off and all the supplements would fall out. Since they all look the same, there would be no way to tell them apart, and that would have been a real problem!).

OK, so every hour, on the hour, I took the following:
- 2 Caps of V02 Max
- 3 Caps of Recover Amino Power (Glutamine, and Amino Acids)
- 3 Caps of Thermolyte (Essential salts and Electrolytes)
- Every third hour, or whenever I felt the need, I would also take 1 or 2 Motivator Caps which are similar to a caffeine tablet, but actually more like a couple of Red Bulls in caplet form.

That’s at least 8 caps every hour on a seven hour ride (Over 60 caps on the bike when you include the Motivator caps) and another 45 caps on the run. That’s over 100 Capsules for the day!

The CarboPro 1200 is a very unique product. It is very thick and syrup-like and basically a pure carbohydrate. But it is not too sweet. I would gulp about a mouthful every 15 minutes or so and quickly follow that with the water. When it came time to take the 8 – 10 capsules per hour, I would use the CarboPro to coat them in the syrup-like liquid to help get them down.

Now to take all those capsules and not get mixed up about what I did, or did not take, I developed a technique worth sharing. I had three separate bottles in my bike jersey. I labeled each bottle with the contents and how many caps I was to take each hour. I put all three bottles in the back of my jersey pocket, then would take out one bottle at a time, take the prescribed number of caps, then transfer that bottle to the opposite pocket (I have three pockets in the jersey). So one by one, I would transfer the bottles from the left to right, and vice versa.

This may sound a bit over done, or over thought-out, but trust me, when you are hot and tired, you may not be thinking as clearly and so to avoid any potential confusion, I followed this hour on the hour, and pocket transfer process and it worked perfectly.

I also took Pepcid AC and two Mucinex tablets during the race. The Mucinex are critical because they help me to avoid coughing and they keep the windpipe and throat clear of mucous, which can really be a big problem for me, especially with the thick syrupy products.

I avoided Gatorade completely because it makes me cough. It is just too sweet for me and whenever I get the urge to take a bit of Gatorade, I always regret it. The only liquids I accepted on the bike were pure, ice cold water and the CarboPro 1200. That’s it.

On the run, I kept the same strategy. While offered all kinds of things to eat and drink, I rejected them all, knowing that I had the right strategy. However, toward the end of the run and when it got colder and pitch dark at night, I did accept some warm chicken broth by the cupful. The only other thing that I added that was not part of the program, was that I did accept some stick pretzels by the Dixie cupful.

I rejected all fruits (oranges, grapes, etc.), all GUs, all PowerBars, all Cookies, literally everything. I stuck to my pre-race nutrition strategy (except for the sole diversion of chicken broth and some pretzels). In hindsight, this tells me that I needed to be taking even MORE of the Thermolyte capsules because I was not replacing the salt fast enough and that’s why my body was craving those salty items!

In the end, I am absolutely delighted with my nutrition and hydration results. I would give myself an A+ for this plan, although the real credit goes to the scientists at SportQuest / Carbo Pro. In my book, they are simply the world’s best at what they do. Period.
Posted by John Callos at 11/26/2008